Things to do
Our tips

Located between Verona and Mantova, the B&B Le Motelle offers the opportunity for young and old to do various outdoor activities

Borghetto
It is included in the list of most beautiful villages of Italy. It stands on the banks of the river Mincio, where in the Middle Ages it was used to collect tolls.

Mincio Cycleway
The cycleway of the Mincio is a 43.5 km route that passes along the river Mincio, between the towns of Peschiera del Garda (VR) and Mantua. Completed in 2006, it covers one side of the famous fortified quadrilateral which the Austrians realized in the first half of 1800.

Gardaland
Amusement Park No.1 in Italy. In June 2005, Gardaland is placed fifth in the world rankings of Forbes of the ten amusement parks with the best turnover.

Verona
The second largest city in the region by population after Venice. Verona is known around the world for the tragedy of Romeo and Juliet but its charm and its beauty, go further. Every corner of the city is a surprise. During the summer the town comes alive thanks to the opera season.

Mantova
Italian Renaissance center, its treasures represent the legacy of the famous Gonzaga dynasty. The city was included in the World Heritage List by UNESCO. 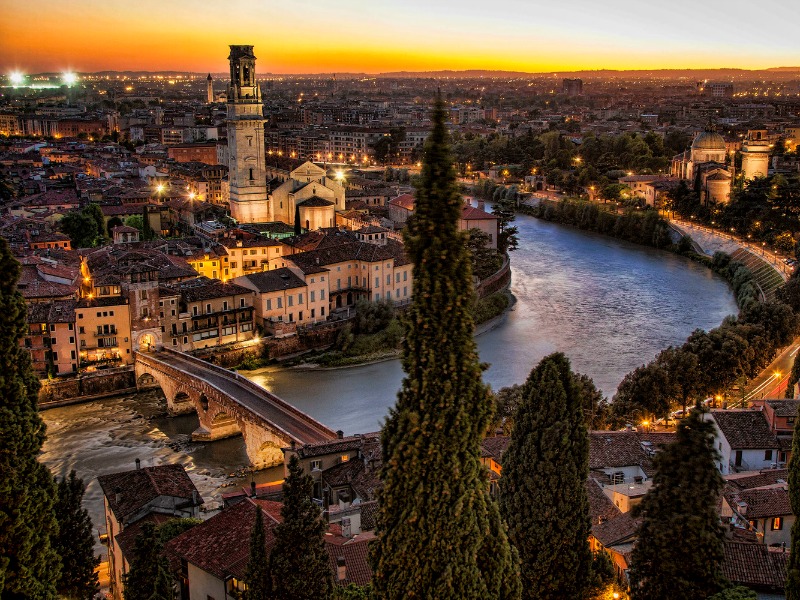 B&B Le Motelle is located in a strategic position. The ideal location for easy access to
Verona and Mantua.